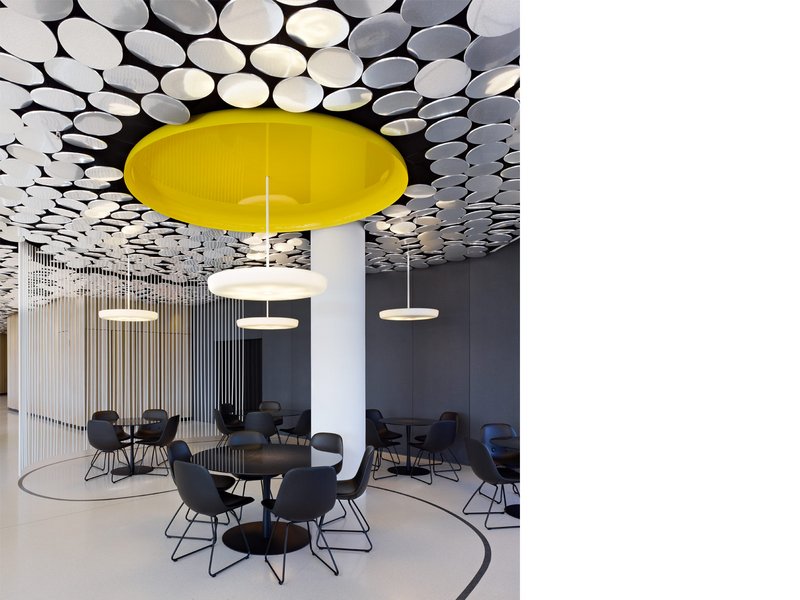 In October 2011 the SPIEGEL publishing group moved into new premises in Hamburg’s HafenCity. The architects were commis-sioned with the design of a new canteen to replace the existing one, designed by Verner Panton in 1969, which was by then a listed monument. The new room fulfils all the desired functions, while its strong visual impact endows it with a signature identity. As an in-house facility, it supports the publisher’s culture of communication, but its high visibility simultaneously conveys these values to the outside world in a grand gesture. The ceiling design is a significant distinguishing feature. It is constructed from 4,203 circles of satin-polished aluminium set at slight angles. This lets the natural light ambience in the canteen react to its surroundings. The matt shimmering “plates” form a softly reflective, scintillating counterpart to the water surfaces of the Ericusgraben outside. Large yellow light dishes zone the room with their intense vibrancy.