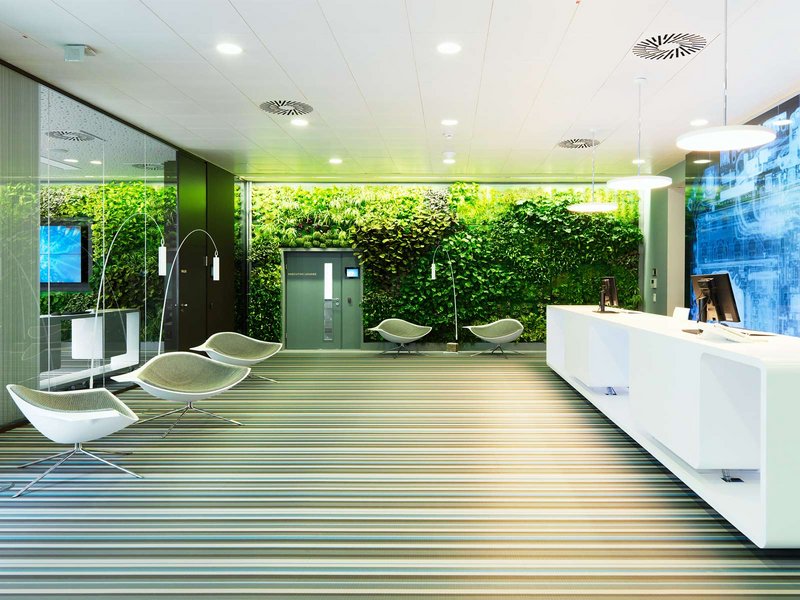 The working partnership of KOOP/INNOCAD was chosen as winner of an architecture competition for the new Microsoft headquarters in Vienna. In the subsequent realisation phase, INNOCAD was responsible for collaborating closely with the Microsoft project team to design a new Microsoft work environment based on the WPA concept, and the studio led the implementation as general planning and project manager. The result combines innovative architecture with modern technology and presents a symbiosis between human, space and technology. It was evident that today’s knowledge workers require conditions that on the one hand are conducive to conversation, encounters and networking, and on the other also allow for retreat and concentration and encourage largely location-independent action. The former fixed workplace has given way to a kind “office base“ serving workers very generally as an anchor for infrastructure, exchange and social contacts. With this new constellation, employee satisfaction is expected to, or has in part already been seen to, increase by ten per cent, and productivity and efficiency by twelve per cent, while carbon footprints are improved.