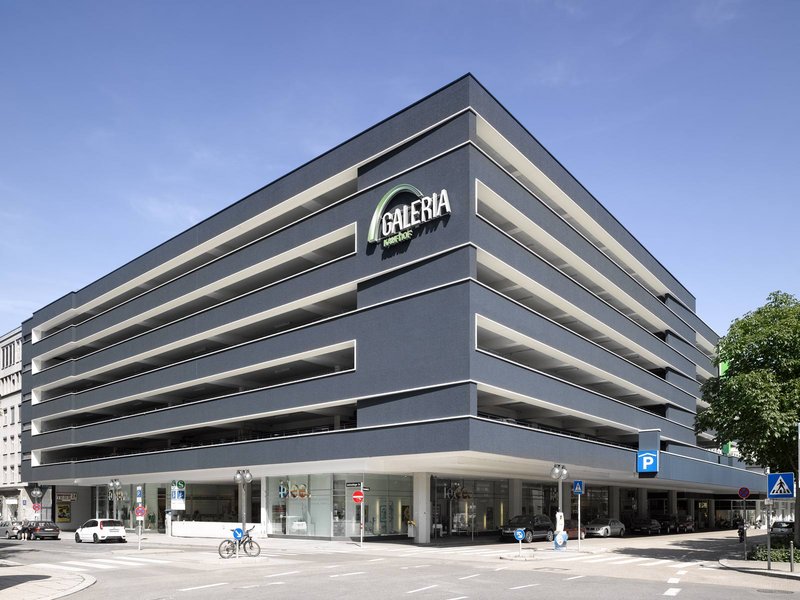 The multi-storey car park of Kaufhof in Stuttgart is located on a very prominent urban corner. Due to its central location between the central station and Königstrasse, the five-storey building commands a strong presence in the public realm. The car park also has great importance for Kaufhof as part of the department store’s corporate identity. The building dramatizes its content rather than concealed it. Its appearance is dominated by the facade’s division into open horizontal bands. The remodelling concept emphasises the existing slot-like openings and downplays the facade surfaces. To achieve this effect, the facade was coated in rough blackish-blue plaster and the reveals of the facade bands were lined with shiny white metal. At night, the depth of the building is accentuated by the illumination of the light-coloured ceilings. The interior is thus perceived, not the exterior. A sensual architectural appeal is created by this reversal. It was possible to restrict the advertising signage to a single emblem in the corner, sized to match the facade elements.