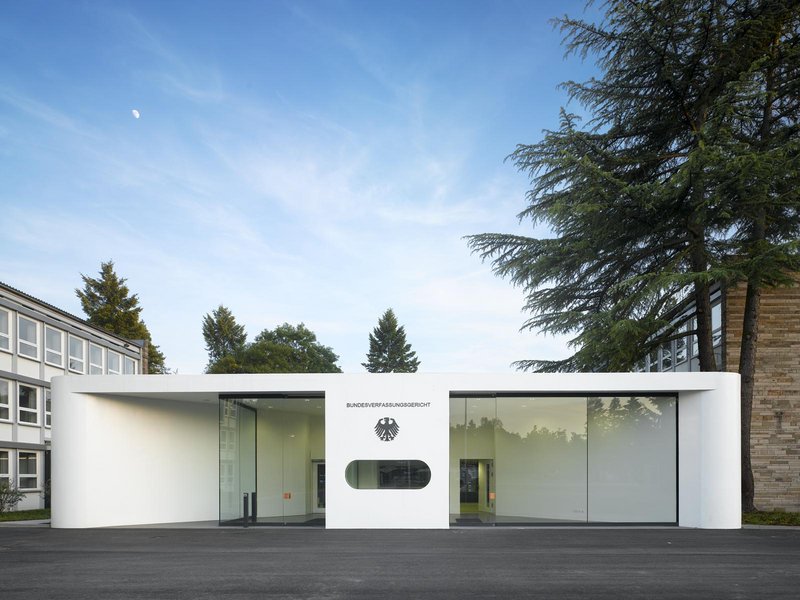 Due to the necessary renovation of the headquarters of the Federal Constitutional Court in Karlsruhe, temporary premises had to be found for the period from 2011 to 2014. Chosen for this purpose were three staff buildings and a lecture hall of the former General Kammhuber Barracks in Karlsruhe-Waldstadt. While the administrative areas were planned by the Federal Engineering Office in Baden-Baden, our work was devoted mainly to converting the existing lecture hall into a presentable assembly hall. The foyer and entrance were also redesigned. In the great hall and the plenary chamber on the first floor, the walls were lined with birch veneer panelling, while in the other areas the existing walls were covered in drywall. A simple wooden structure with a planked surface opens out like a funnel to mark the building entrance for those approaching from the gate.