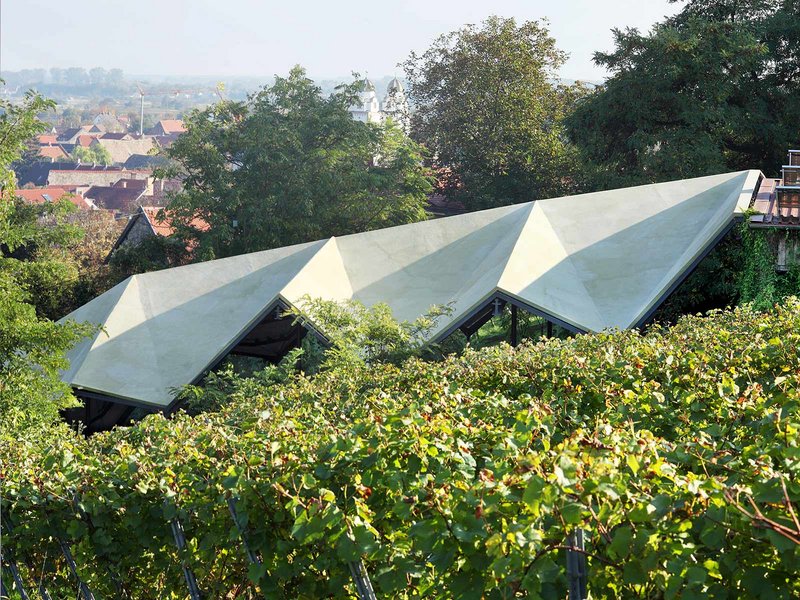 For the Schnell Winery in Guntersblum a roofed area was built in between the existing wine cellar and the historical front house facing the street, in which the wine tasting room can be found. The folded roof stretches between the two existing buildings and acts as intermediary between their divergent scales and positions on the sloping site. The entire winery can now be experienced as an ensemble. Drawing on the roof landscape of the wine village, consisting of double-pitched roofs facing each other at differing angles, and taking into account the conditions given by the existing buildings, the concept of a folded roof landscape was developed. The folded structure as a three-dimensional element maintains the small scale of the village roofs and breaks up the large surface into a series of “little double-pitched roofs”. The structure consists of an extremely intricate steel support framework covered in uninsulated wooden panels sealed with liquid plastic. The seamless sealing creates a homogeneous, calm surface. The green-beige colour of the roof surface was intended as a nod towards the surrounding vineyards.