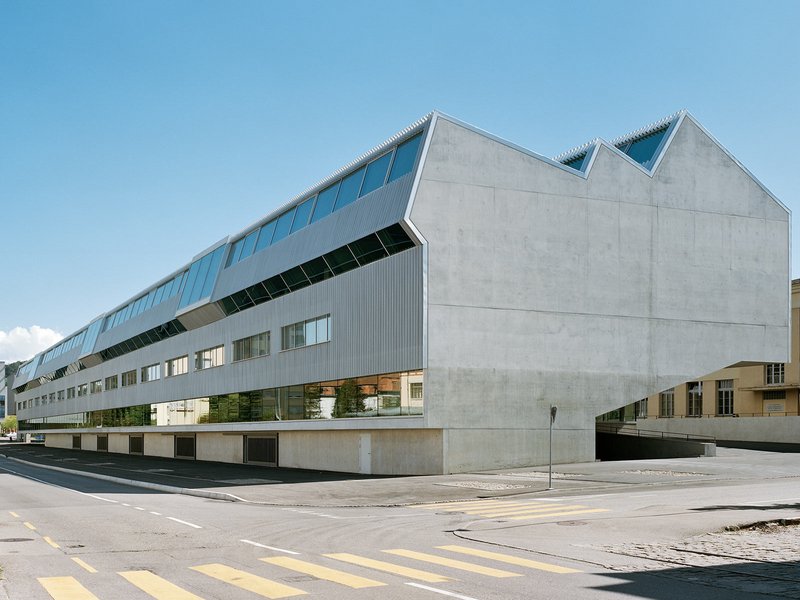 The area along the “Route de la Fonderie” on the “Plateau de Pérolles” is defined by the urban planning decisions made for the former industrial buildings. Large-scale buildings, some tall and others low-slung, together with the major access routes, dominate the scene here. The scale of the new building fits in with the structure of the quarter and is oriented on the north toward the “Rue de la Fonderie” and the city. In its horizontal dimension, it reinforces the verticality of the highrise on the roundabout, which marks an important crossroads of two main axes in the urban fabric of Fribourg. The scale, serial construction and material qualities of the project lend it an industrial character. A striking cut along the entire length gives the volume the look of a metal profile or workpiece. The rooms in the long building manifest a clear linear organisation, which however varies from floor to floor due to the diverse programmatic and hence spatial requirements of the different functions.