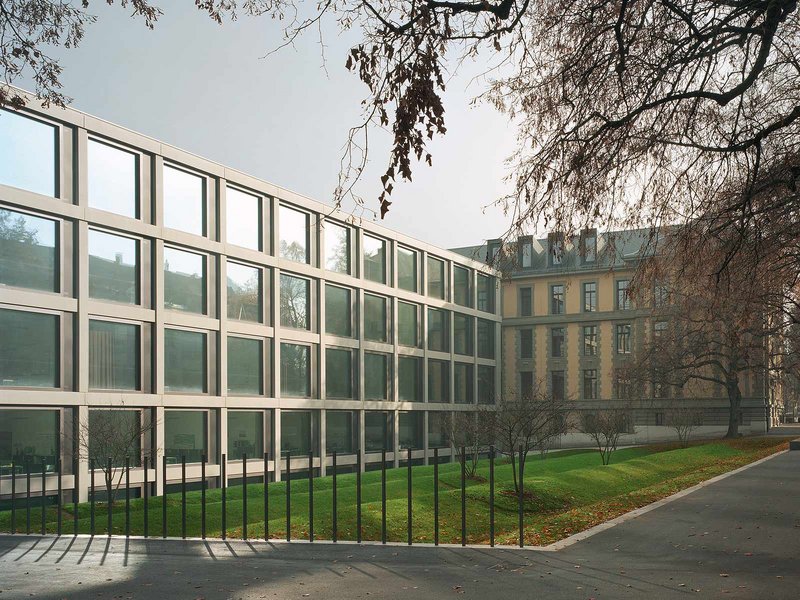 A angular extension housing classrooms, common areas and administrative offices adopts the floor heights and typology of the school designed by Otto Lutstorf in 1906 and forms with the older building a new overall constellation. Although corner pavilions ornament and divide the sprawling show facades of the old building, they did not play any real role thus far in the building’s functional structure. With the extension, these heretofore purely formal elements now receive an actual, material response in the two rear wings of the new building, and what were once “superficial” elements are lent a “deeper” architectural meaning. The new building divides the existing outdoor area into three different sections: courtyard, entrance plaza and garden. Inside, a ring-like circulation system enables advantageous short routes between different parts of the building. Prefabricated coloured concrete elements dominate the facade relief of the new building and mediate between it and the sculptural sandstone facade of the old school, whose vertical articulation is carried forward in the new elevation.