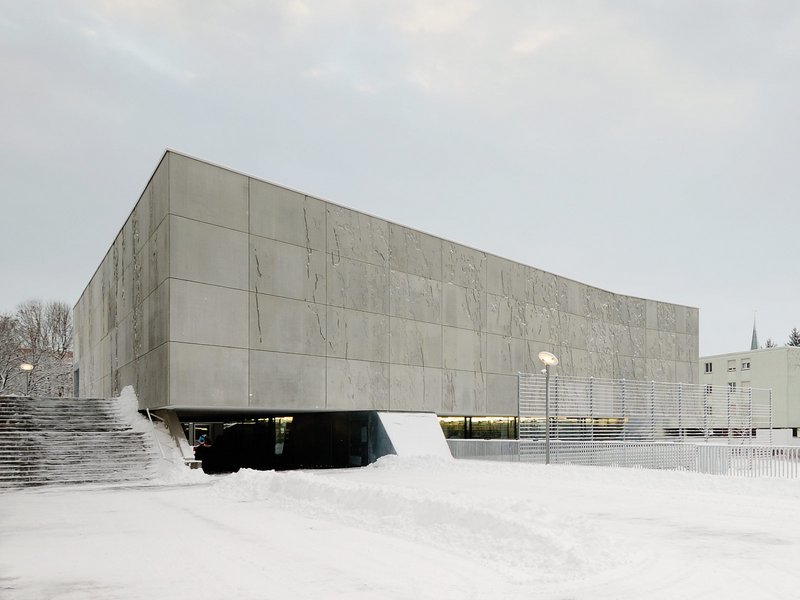 The exposed concrete cubes of the “Obstgarten” (orchard) school complex form a typical 1970s ensemble. The core of the existing ensemble - which consisted of an auditorium, library, classrooms and auxiliary rooms - was dismantled to the foundation and a new building was set on top which housed the municipal library, a catering kitchen and a large auditorium. On the first floor, a rough concrete wall deliberately sets a contrast to the smooth surfaces of the all-white interior; the relief of the closed facade was designed by the artist Hans Peter Kistler. The ornamental surface enhances the expressive building volume and gives the building an air of prestige. The pattern is based on the motif of tree bark, transformed into a positive form by way of a parametric data set consisting of 120,000 polylines. To produce the Styrofoam moulds for casting the concrete slabs, the digital model of each facade element was converted into a negative form, which was then cast with SSC concrete.