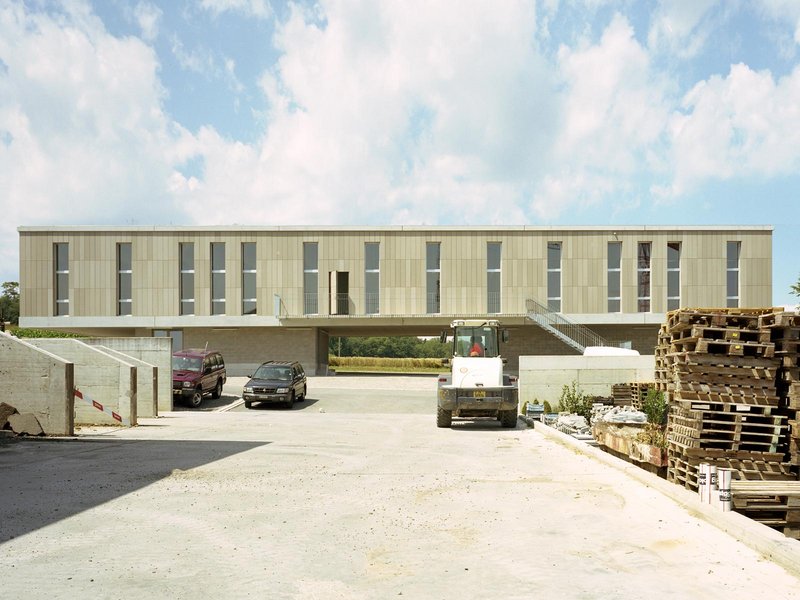 Conceived as a bridge-like structure resting on two massive pylons, the building looks straightforward from the outside. Inside, however, the rather unusual construction develops into a strong space-defining element. The two parallel longitudinal girders form a space-containing central wall. This wall encloses not only the staircase and all auxiliary spaces necessary for office operations, but also furnishes the horizontal distribution point for all building systems including ventilation. The crucial factor in this project is the way in which the building was constructed. All space-forming elements are essentially dictated by structural engineering considerations and hence made of concrete: rough, white-glazed in-situ concrete for the floor-to-ceiling longitudinal girders and smooth-surfaced concrete for the industrially prefabricated ceiling and facade elements. The facade is clad in elongated brownish-beige ceramic panels mounted vertically, somewhat resembling wood siding.