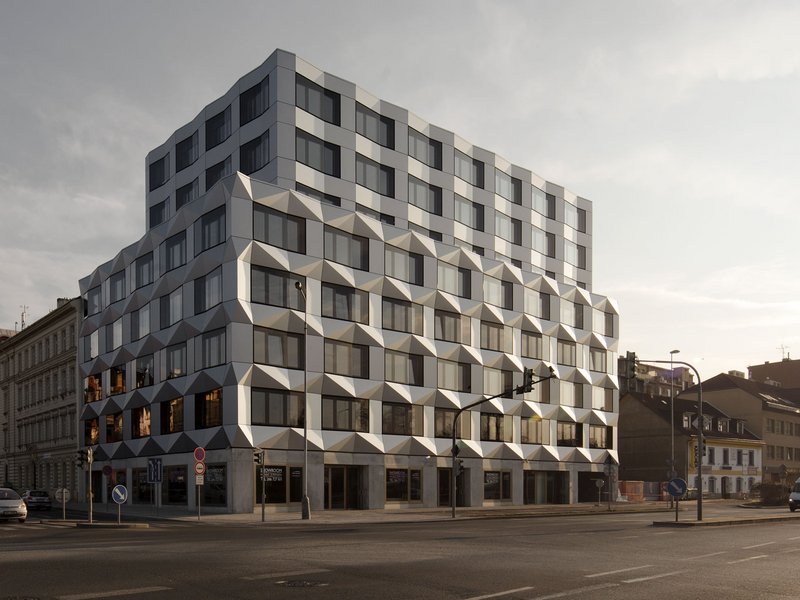 The office building forms a kind of gateway at a prominent location in the rapidly changing Prague district of Karlín – on the corner of Pobrežni and Šaldova streets. The ground floor is taller than the other levels and contains shops and showrooms, while offices occupy the upper storeys. The facade of the building takes up geometric themes from early-20th-century Czech Cubism, its volumetric concept generating a network of variously aligned forms that can be read in ambivalent ways. The double facade layers not only serve as sculptural outer skin, but also improve the thermal and acoustic insulation performance of the windows. Inside, the imposing lobby with its high-grade materials and fine finishes – the surfaces are clad half in chromium steel and half in terrazzo and stucco lustro – stands in contrast to the exterior, generating a certain formal tension.