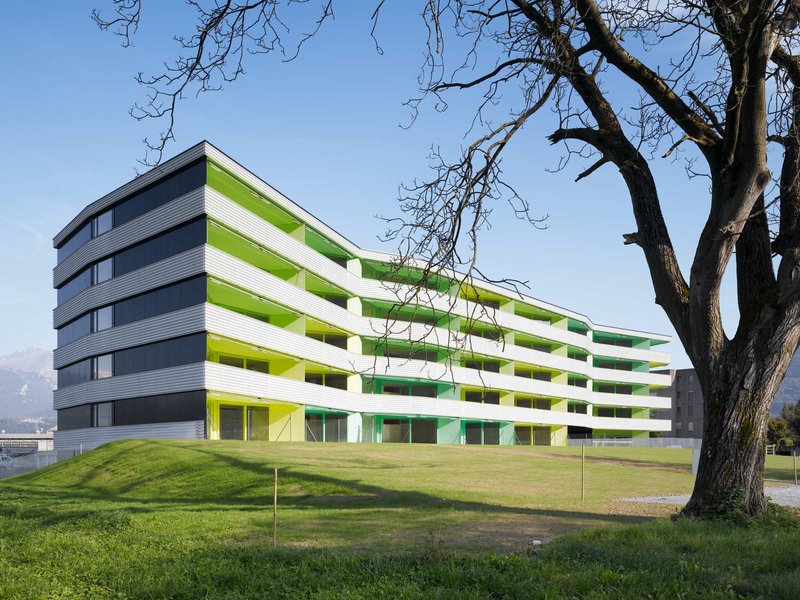 The apartment building is set in a context where chaos seems to have written its own set of rules. In fact, its environment consists of a mixed-use area that includes agricultural land, industrial zones, shopping centres, groups of detached homes and apartment buildings. In terms of urban planning, the house establishes a connection with the surrounding mountains. It shelters its own garden from the access road leading past the building. The garden thus becomes a central setting for the building’s inhabitants. Toward the street the facade forms a broken line and hence takes up a dialogue with the built environment. The wide bands of white, perforated aluminium sheet metal that wrap around the entire building cover the parapets on each storey. On the garden side, the ample balconies act as niches that are enlivened in the evening by the light shining from the apartments. Each apartment has rooms on both street and garden sides. The living room is articulated in this floor plan as a zone between rooms. The coloured panes of the interior windows of the kitchen and bathroom tint the exposed concrete surfaces in the apartments according to the changing fall of light during the day.