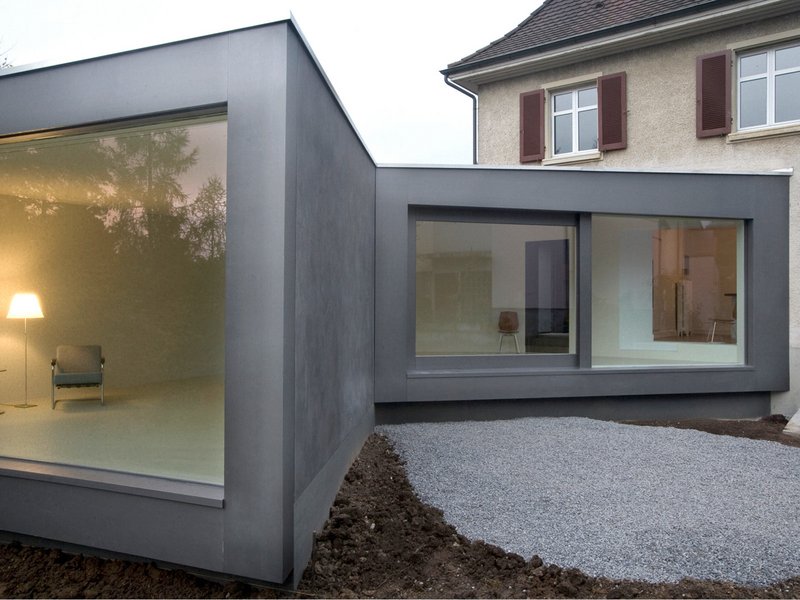 The single-family home built in 1927 near the heart of the village of Muttenz was lent a new graciousness through a ground-floor extension. The rooms and bathrooms on the upper floor were also remodelled slightly. Now the house is entered through what was formerly the kitchen, from a spacious forecourt. This opens up new perspectives and eliminates the former narrow vestibule. The old entrance was left in the existing facade and given black, reflective glazing. A flowing sequence of space is created by the polygonal envelope and the series of steps between the rooms in the new extension. The resident moves from the break in the wall of the old building and along the steps, toward the garden. The new formal vocabulary of the extension defines the private outdoor area and is accentuated by a divergent colour scheme. Like in a Japanese garden with a “borrowed view”, the new volume faces looks out onto its surroundings with two floor-to-ceiling windows and thus stages its own as well as the “borrowed” garden.