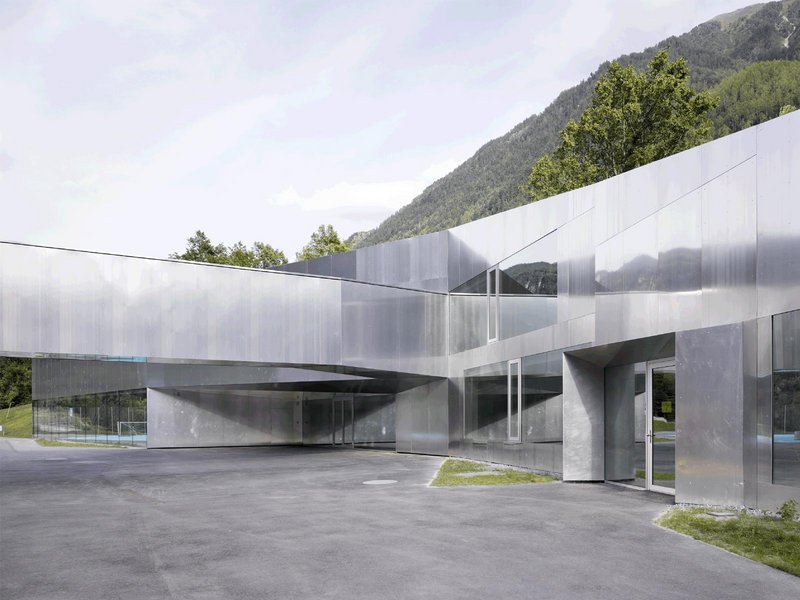 Like an immense suit of protective armour, the extension to Bovernier School forms a natural shield against avalanches. The building is located at the foot of an incline. The inhabited wall folds into itself in order to adhere closely to the topography of the site and create space for play and games areas. Complementing the existing classroom building, the extension houses a range of functions required by both school and community: physical education, creative activities, kindergarten, plus singing and gym clubs. Rather like a train, these functions follow a logical sequence relative to the village and the functioning of the school: first comes the day nursery, followed by the primary school in the centre and at the end is the gym. As a construction it resembles a work of art. Its structure is in-situ concrete. Providing a contrast with the visible concrete, the ceilings and plywood walls serving an acoustic function imbue the spaces with a certain cosiness. The only visible façade is clad in a metallic skin with mirrored, flush glazing that does not detract from the continuity. The other façades are greened with vegetation. The lustre of the raw aluminium reflects the light of the hillside opposite, giving the site a new dimension.