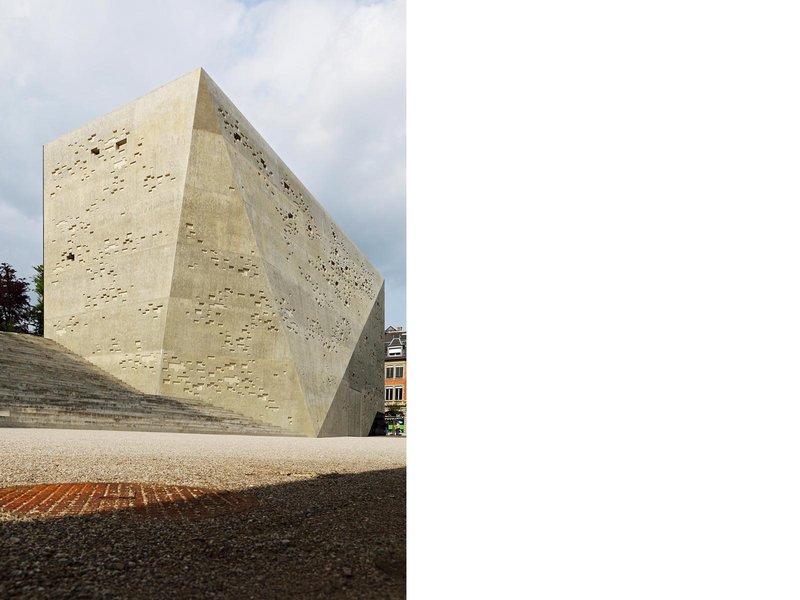 The historical museum in Berne is located right next to one of the city’s most prominent squares, Helvetiaplatz. It was built by André Lambert in 1894 and forms the prelude to what is known as “Museum Island”. The new “Titan” block, which has been added on the eastern side of the museum, provides an extension housing both museum and administrative functions. In the floor forming the plinth of the new building, next to the 1,000-square-metre hall for alternating exhibitions, designed as a “black box”, are 2,000 square metres of rooms sheltering cultural assets. The vertical volume perched on this plinth houses the administration of the historical museum as well as Berne’s municipal archive. The idea underlying the design envisages giving the extension building the shape of a plinth, which is public and accessible on foot, out of which a three-dimensional volume arises. The shape and height of the latter are read as the logical continuation of the museum’s existing wings. The building dovetails with the ensemble through the sequence of the three distinct outdoor spaces, “garden”, “square” and “stairway”, and the urban landscape ties it in with the adjacent public buildings dedicated to the arts.