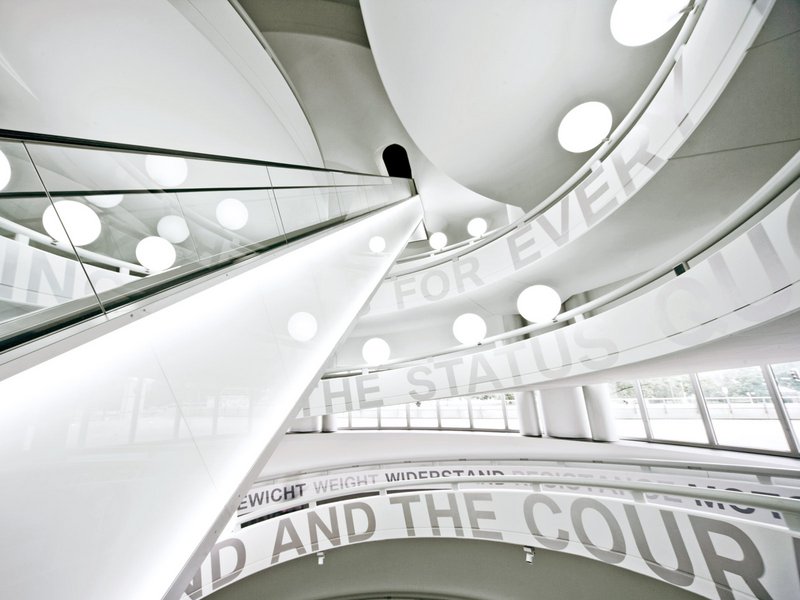 The BMW Museum is an integral part of BMW headquarters in Munich. It enables the visitors to experience the BMW brand within the building’s landmark-protected basic structure. The concept follows the key terms “extension” and “dynamization.” The basic theme is the “continuation of the street in enclosed space” (Karl Schwanzer, 1973), which is conceived as a principle of a dynamic architecture. The west wing of the company’s headquarters was gutted and developed into an exhibition area; the “Museum Bowl” was architecturally connected to it and staged with the Visual Symphony, a 360-degree display, as an epilogue. On an asphalted street, the visitor is immersed in an urban ambience with houses, squares and bridges. Outwardly, the individual thematic houses are shown as white, luminescent cubes, which are designed as media façades around the central BMW Square. Over 1.7 million LEDs are employed behind broad satin-finish glass panels making the room appear to move.