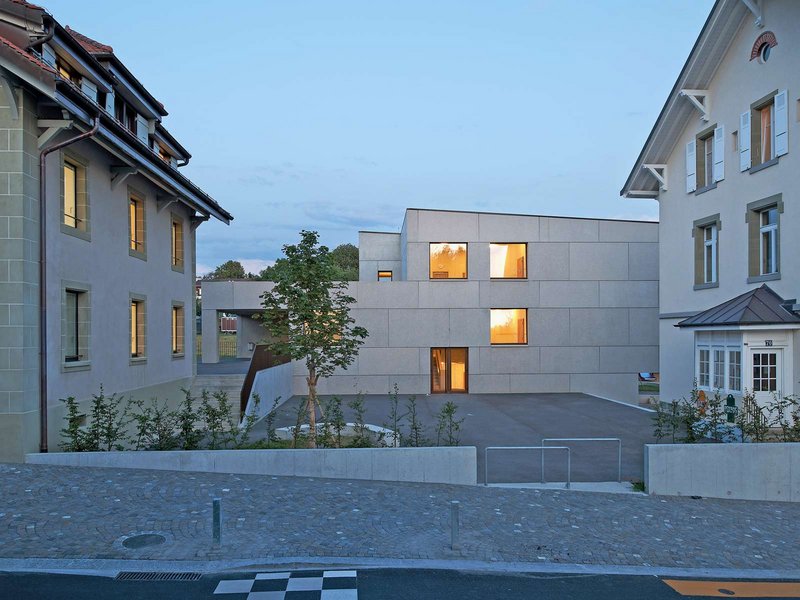 A new complex: In a village with scattered buildings and characterized by the absence of a public space, the extension of the existing school centre justified the creation of a meeting point for the village people. Situated between the two existing buildings, the new school creates a new complex, which preserves the autonomy of each building while defining a series of schoolyards on different levels and of different types and ambiences. The building containing the new classrooms is connected to each schoolyard through different orientation and specific distribution of the rooms. The new edifice is compact and is not higher than the existing surrounding constructions in order to highlight and to respect the scale of the village. Renovations to the existing building: The building was built in 1903 and originally contained two classrooms. Over the years annexes were added, which changed the original character of the school. Therefore the project removed these unfavourable additions in order to emphasize the modest essence of the structure.