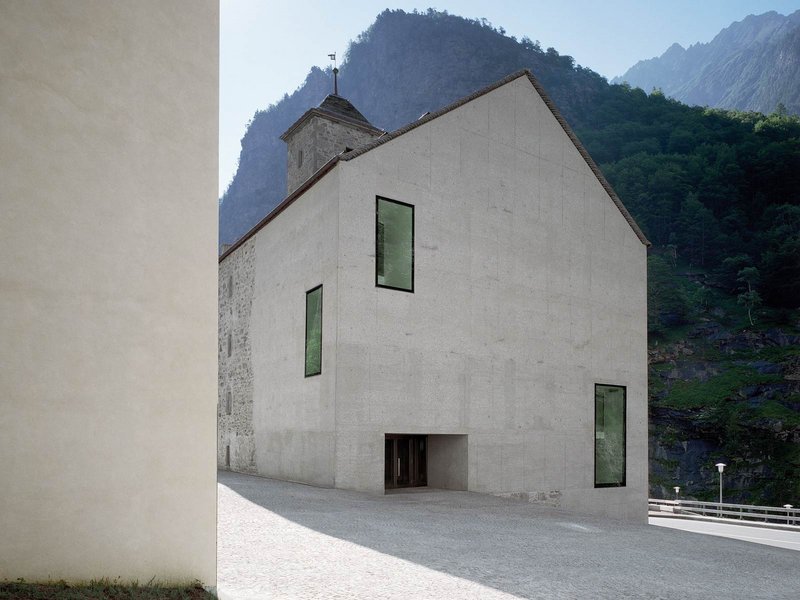 Nearly one-third of the village of Gondo was destroyed during a heavy storm in autumn 2000. Half of the Stockalperturm was razed away by the incident. The building, originally built by Kaspar Jodok Stockalper in seventeenth century, was distinguished by its solid pietra rasa walls and its typical Simplon roof, a multi-layered stone sheet roof that is used often on historical buildings in the region. The facade of the extension was built in solid concrete with the addition of cement and gravel that matched the colour of the existing pietra rasa. The surface of the concrete was treated to give it a textile quality that would help bring the parts together. The joint where the old and new walls meet is visible only as a subtle seam . The internal structure of the existing building is distinguished by metre-thick walls that divide the volume into three spaces. The mass of the old quarry-stone walls are supplemented by a new layer that houses all the necessary engineering to avoid having to perforate the old walls.