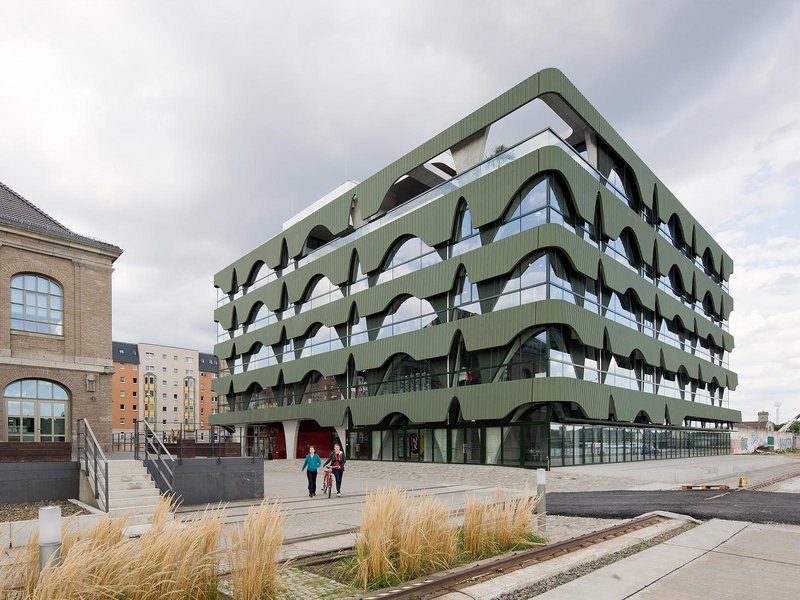 The fashion centre Labels 2 in Berlin is a concentration of showrooms for international fashion brands in one building including public spaces such as an event hall, a restaurant and a lounge at the top floor. The design strategy is based on the adjacent warehouse building Labels 1. The interior spaces of this historical building are strongly characterized by the repetition of arched windows used in the façade. This motif became one of the starting points for the design of the project. The use of two differently cut sine curves generates a specific aesthetic for both the supporting structure and in a modified form with the sine waves for the façade. The result is that the structure and rhythm establish the formative motif for the perception of the new building and link it to the existing neighbourhood. Connected by a heat-exchanging device, the whole concrete structure of the building is permeated with water tubes and used as a radiator for heating as well as for cooling. The energy consumption for heating and cooling of Labels 2 Berlin is reduced by 40% due to this combined technique of activating the building mass and using water from the Spree River. HHF architects won the international competition among selected architects in September 2007. The building opened in January 2010.