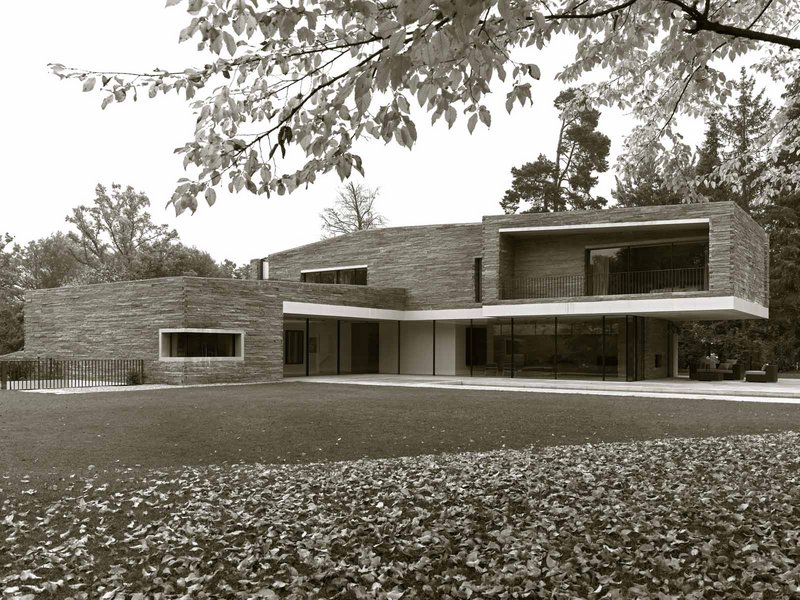 The distinctive feature of the property lies in its north-facing slope, which has to be negotiated over two storeys to reach the almost flat garden level. This gives rise to the leitmotiv of a “house winding up the slope”, with a quarry-stone façade which corresponds to the ultrathin frames of the façade. Despite its complex geometry, the house is organised in clearly perceivable zones, based initially on additive modules of 7.80 by 7.80 metres. Lighting plays a particularly important role. Lateral light from the south and west and overhead light in the north and east sections make systematic use of shadow and diffuse light.