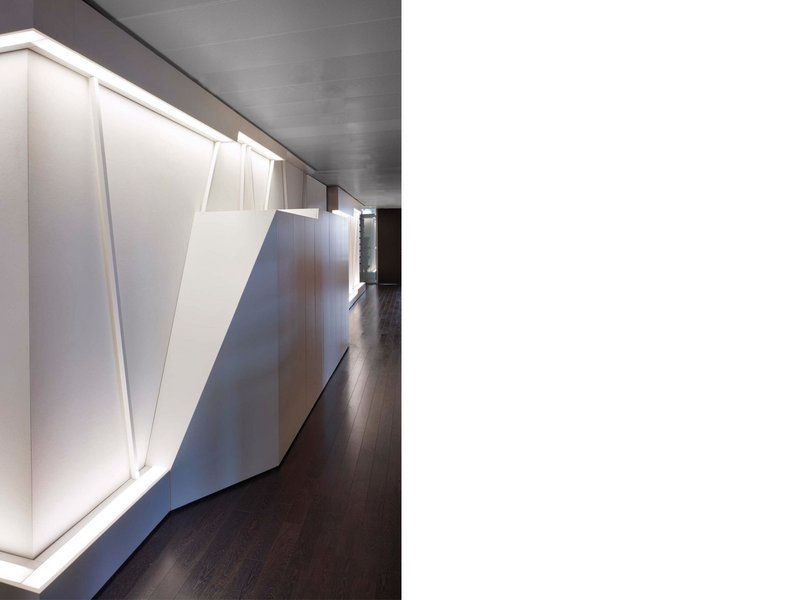 The key element for the design is the concrete core of the building. The design aims to generate a three dimensional interaction between the wall and the open space around the core. The initial thought is to border the core walls with illuminated horizontal stripes that grow and swell into larger elements in some specific areas. The arrangement of those swelling elements follows a windmill shape, with the upper elements rotating clockwise, the lower elements rotating counter-clockwise around the core. The combination of illuminated stripes reflecting in the glossy surfaces and the rotation in opposite directions create the different shapes and layers that finally generate the interaction between space and wall. The relief elements with an illuminated logo wall inside the concrete core invite visitors to step into the lounge of the bank. The dynamic shapes of the logo wall launch a certain motion that follows along the four sides of the concrete core in a 360° rotation. The swelling elements integrate functions such as wardrobes or storage cabinets in order to create the guiding and visual benchmark aspect of the object.