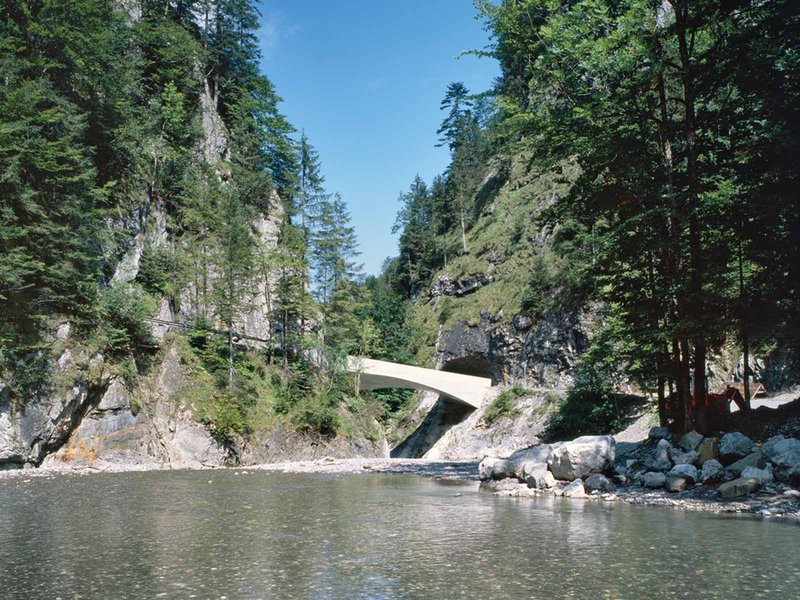 The bridge through the Schanerloch gorge is part of the impressive road from the city of Dornbirn to the hamlet of Ebnit, which is picturesquely situated by the source of the river Dornbirner Ache at the foot of scenic mountains. The spectacular route to this ancient settlement area is characterized by a series of natural rock tunnels and stone bridges. Originating from the well-known typology of the stone arch bridge, modern technology takes the geometry of the arch to its very limits. The reduction of the arch rise to a statically necessary minimum is combined with a twist along one axis. The latter also responds to the bending road as a curve immediately follows the bridge in both driving directions. The result is a concrete sculpture that might look unspectacular in plan and from the driver’s point of view, but from the shore of the river winding through the gorge it unveils its compelling fascination: it playfully mimics the frozen dynamic of the mountain road and captures the dramatic place in reinforced concrete. Perfect in form, a masterpiece of design and static calculation precisely fixed in the spectacular scenery.