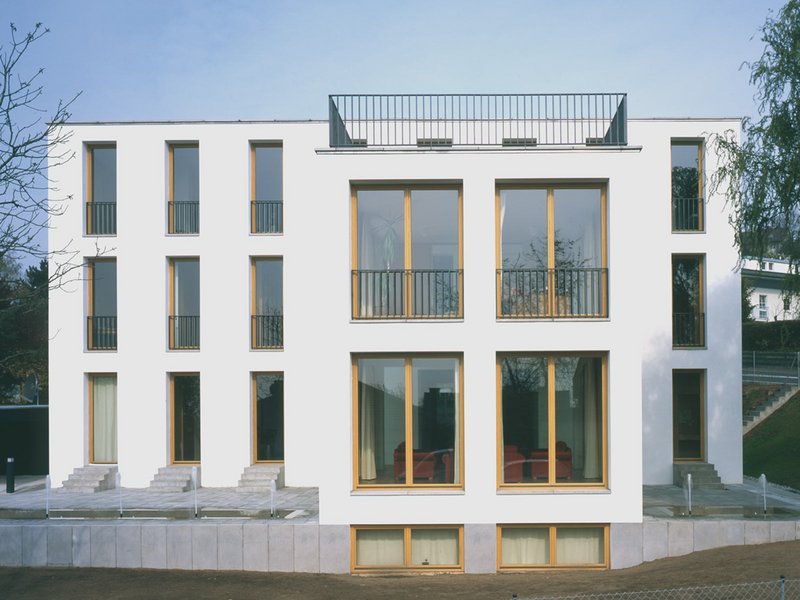 The house referred to is a new building designed for a lawyer and his family in Frankfurt, Germany. The plot is located in a suburb closed to Frankfurt characterized by a structure of heterogeneous detached one-family and multiple-family houses. The architectonical concept of House Welker foresees two parts, a three-story main building as well as a two-story cubus, grouped on a plateau. The urban character is achieved by focusing on a clear structure and architectonic language with respect to the façade/front, the materials, as well as the composition of colors. The homogenous façade/front design underlines the clear character of both buildings which is underlined by the use of light and even plastering. Living and bed rooms are located in the ground-floor as well as the attic. The middle floor hosts the extensive library as well as the studies. With respect to the garden structure, the architectonic concept built on existing trees and plants trying to maintain as much as possible the original landscape. Given the heterogenous neighbourhood with its mixtures of styles and materials, House Welker with its clear architectonic concept and language contributes to appeasing and calming the restless urban environment.