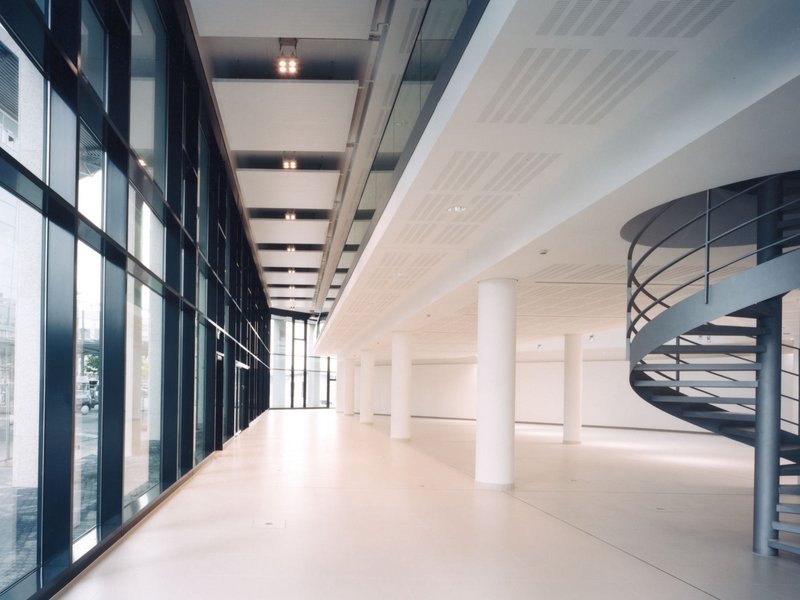 Based on a feasibility study prepared for the area recently zoned and planned, the contract was award-ed for an office building that is to house 800 employees working for the distribution subsidiary of DaimlerChrysler and the largest Smart car center in Germany. The concept for the building, developed as an urban planning and architectural design, is based on the contribution Tophof Architekten submitted in the 1999 urban planning competition, in which it was awarded the first prize. Situated near Strasse des 17. Juni and the Tiergarten park, between Ernst Reuter Platz and the Siegessäule (Victoria statue), this new building is to be the gateway to a new urban quarter. It will supplement the existing Mercedes Benz Welt automotive center while also serving in a variety of other functions in terms of urban planning and architectural design. Because of its large volume, it will be an urban landmark in its own right. This means that the building will mediate between the existing, wide variety of sizes and usages that create an exciting urban backdrop. We have decided to create a voluminous shape at this site, covered with a natural stone façade, as a means of melding the old with the new while creating the certainty of permanence. The task we had was unique for these modern times: Our design and planning work was to be based on the actual demands of the building, while nonetheless ensuring that the building can be used as flexibly as possible. In total, the building will have a gross floor area of 29.000 m2, this to include the underground parking garages. The rhythmic design of the façade corresponds to a principle based on the logic of the urban situation existing in this area. Depending on where the viewer is standing, the façade rhythm creates different images. The ground floor will house the Smart car center with its showroom and the workshops.