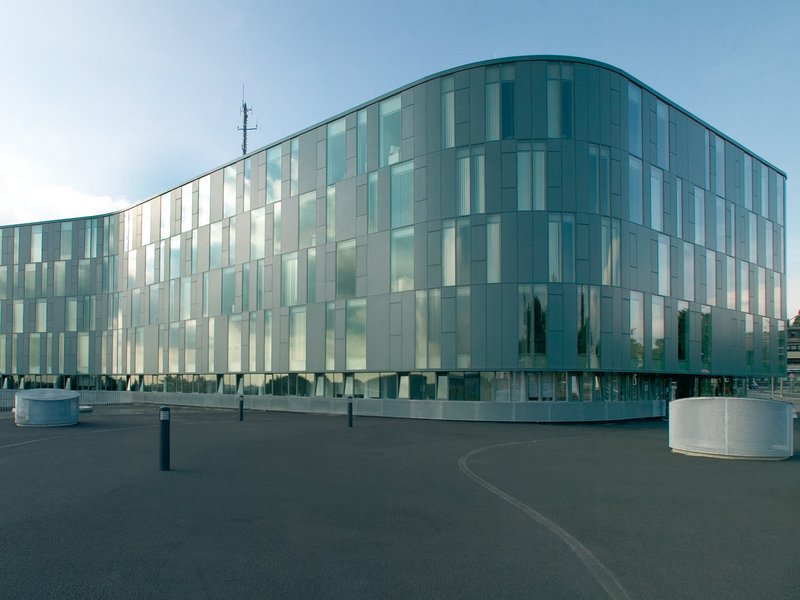 The six-storeyed building is the first of a planned ensemble of three units. The softly curved plan reacts to the site’s irregularities. The first construction phase saw the completion of the district police headquarters, an economic and energy-efficient building with simple means. It marks the westerly entrance to the town like a gate house. In addition to the usual cellular offices the building compises a police station, an operational con-trol center, a workshop, locker rooms, an indoor shooting range and underground parking. Its layout is not just functional and transparent but also high efficient.

Dynamic interior spaces are grouped around an atrium as the central point of orientation. The soft exterior contours are also a thematic feature of interior design. But by contrast to the monochrome facade colour is the dominant characteristic inside.