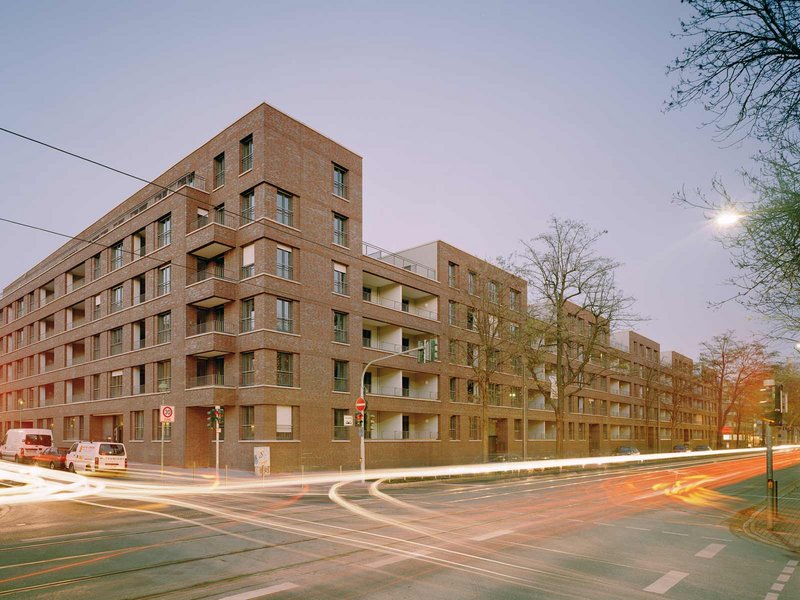 The housing estate on the Voltastraße, the result of a successful professional opinion in the fall of 2001, hearkens back to the great Viennese residential courtyards. The imposing four to six story estate in the form of an extended U makes deliberate reference to the Wilhelminian perimeter development. The robust clinker facade, contrasted with the filigree balustrade, calls up associations of the surrounding factory architecture dating from the beginning of the 20th century that is disappearing by degrees. A few clearly defined projections and offsets, accentuated embrasures and deep reverse dormers give the block a restrained plasticity. In addition to appearance, the housing ensemble also tries to set standards in user-friendliness. The 15 apartments per stair way, three rental units per floor assure clearly laid out dimensions, with well proportioned floor plans for flexibility. And details like tall format windows, loggias or raised ground floor apartments give the estate, which celebrated its topping-out ceremony in October 2004, an urbane as well as noble ambiance, which is seldom found in sponsored housing.